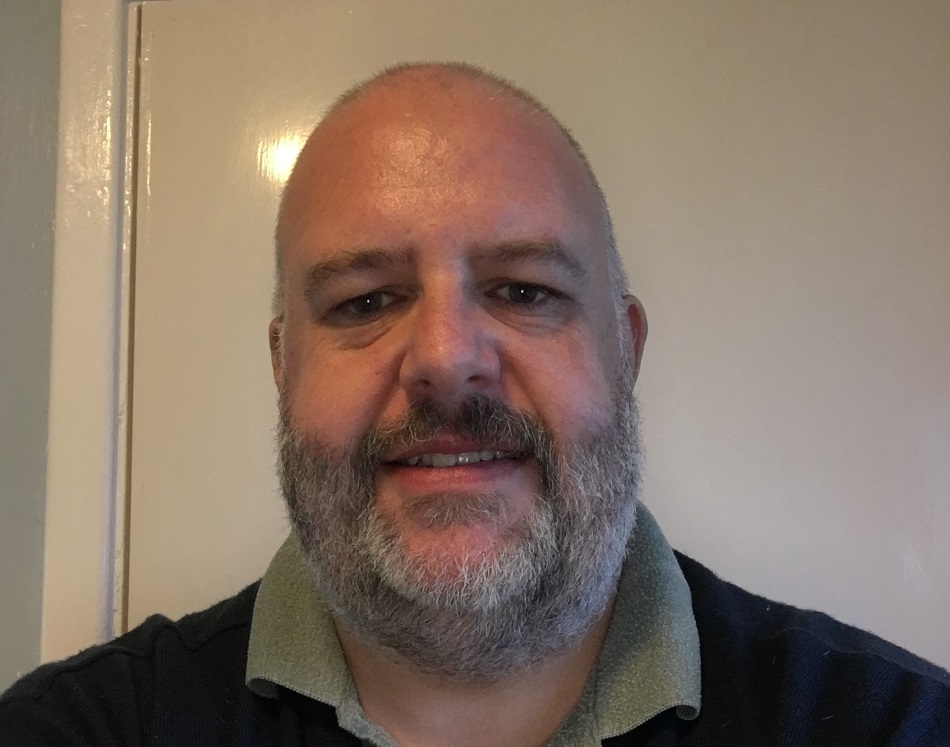 LandMark Product Manager Craig Jackson is celebrating his 30th anniversary with Hexagon Software. He joined the business in October 1990 at the age of 19 straight after taking his A-levels as a temporary stop gap while considering his options for university the following year. Prior to this, his only job experience was working in the summer holidays at a theme park dressed as a clown and selling balloons.

Craig started as a junior programmer in the company’s support department. In this role he gained a solid foundation in the principles of software development by getting involved in program code maintenance as well as software support to customers. In his early 20’s, he moved from Tamworth to the company’s head office in Witney, Oxfordshire where he began to focus on the core business of software development. Craig’s expertise came to the fore when the team was restructured and he started specialising in the grounds-up development of new applications.

Midway through his career with Hexagon, Craig was appointed Product Manager to lead the development of LandMark and the framework for what has subsequently become one of the UK’s leading property management software solutions. In his current role, Craig now focuses on the ongoing development of LandMark 4 as well as providing expert assistance in a second line support role.

According to Mitchell Hill, Hexagon’s Managing Director: “Craig has made a vital contribution to the growth of Hexagon and is an invaluable member of the team. In particular, we value his ability to rapidly respond to the ever-evolving requirements of our customer base and take advantage of opportunities offered by advances in mainstream technologies.”

Craig’s career at Hexagon has not been without incident. He recalls a particularly memorable event: “I clearly remember when, as a fresh faced newbie, I was tasked with delivering a computer to the head office from Tamworth using a colleague’s company car. I set off, only to find a couple of hours later on arrival that the computer wasn’t in the car. The delivery was for the company’s MD and I had kittens having to own up about what had happened. Thankfully he saw the funny side but it took a while to live that down.”

There have been many technical advances since Craig joined the business in the early days when he used a software application running in Unix for the development language and proprietary accounts. This became the bedrock of Craig’s knowledge of property management systems. So much so that even today, in development meetings when discussing technical challenges, he still likes to tell the team how the issue was resolved In the SeaChange system, the environment used to develop the early Hexagon systems!

Away from work, Craig has been married to Tracey for 12 years. They have four grown up step-children and an eight year old son as well as being foster carers. In his spare time, Craig enjoys fishing, playing poker and is an ardent supporter of Liverpool FC. 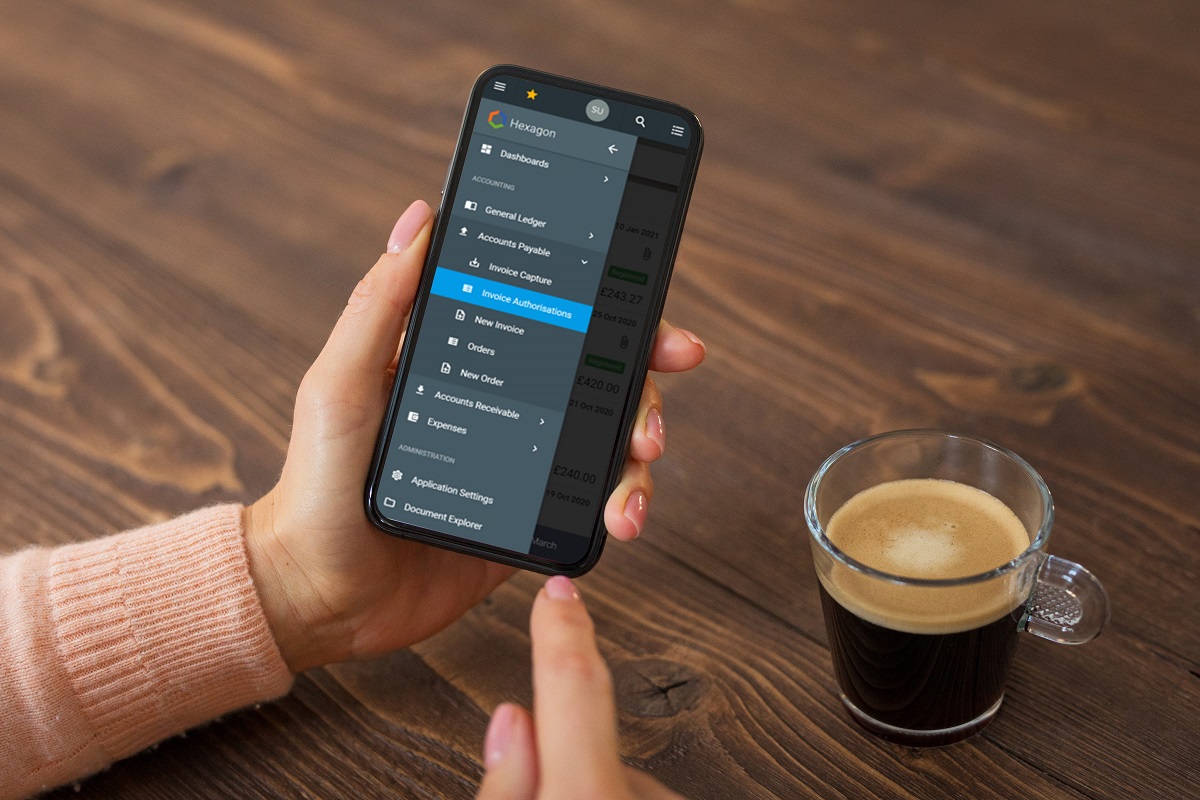 Hexagon Software, one of the UK’s leading providers of financial and property management software solutions, has introduced a new AI-powered intelligent invoice capture solution. Available as part of the company’s hosted platform Hexagon Cloud, it will deliver immediate and significant cost savings by reducing manual processing time by up to 80% whilst giving greater control and visibility of invoices across the organisation.

Processing time is dramatically reduced by using Google’s AI engine to automatically locate all relevant data from emailed invoices regardless of individual layouts with an accuracy rate in excess of 90%. This self-learning solution quickly identifies where particular information is located on invoices and automatically posts the data directly into Dream, Hexagon’s market-leading financial accounting software solution.

The use of machine learning eliminates the need to manually add barcodes and scan individual invoices before keying in the required data. It also removes the need to create individual templates for each supplier, as required by other applications. Any unread invoices are placed in an exceptions queue for individual review and are automatically tagged to speed up the retrieval process and cross reference to other relevant documents stored in the system.

“This Hexagon Cloud invoice capture solution provides real-time insights as to what purchase orders have been raised across the organisation,” continued Hexagon. “It also demonstrates the potential for AI moving forward, providing the power to speed up the processing of other type of documentation such as leases and contracts.” 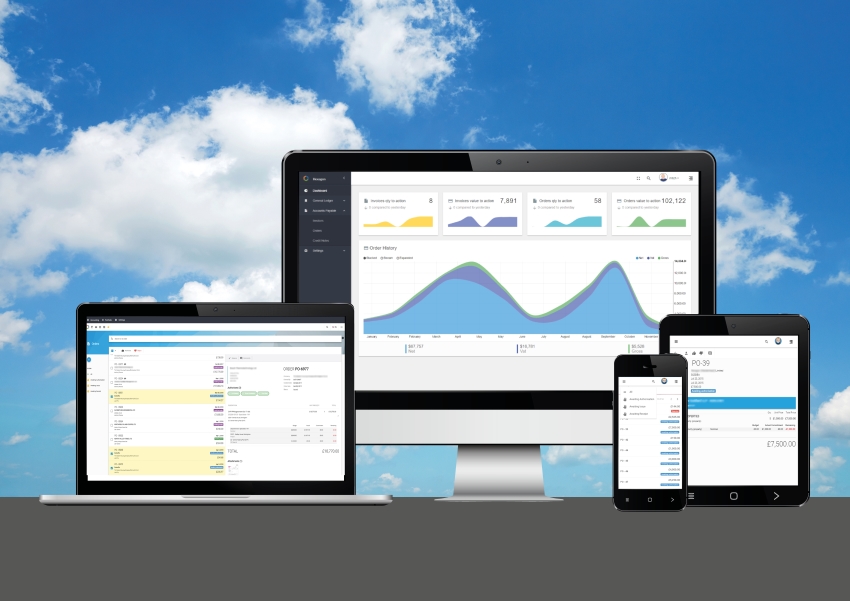 Hexagon Software has announced the launch of Hexagon Cloud, a new hosted platform that extends access to its market-leading property management and financial accounting software. Hexagon Cloud will enable users to review or update information from core ‘back-office’ systems, such as approving invoices, entering account transactions or viewing property information from any internet-enabled location on any device.

“Hexagon Cloud will enable organisations to achieve administrative efficiencies and increase productivity whilst significantly reducing the total cost of ownership,” commented Hexagon Software. “Devolving Dream functionality to a hosted application will allow more users to access the system from any location using any internet-enabled mobile device to enhance decision-making, streamline accounting processes and help organisations to be more agile and responsive.”

Hexagon Cloud is a native cloud application that uses a microservice-based architecture to allow updates and new features to be seamlessly introduced to all customers as soon as they are released. It runs on a clustered container infrastructure providing elastic scalability and resilience enabling new customer environments to be created in minutes. OAuth authentication provides secure access to the application using existing Office365 or other social media credentials.

“With no upfront expenditure and low monthly costs per user, Hexagon Cloud delivers greater, more cost-effective access to business intelligence and workflows to strengthen organisational performance whilst eliminating the technicalities surrounding operating system, device or browser compatibility. Hexagon Cloud will also provide a platform for the next generation of LandMark, our market-leading property management software solution, and differentiates us from competitors with older, monolithic applications that require major upgrade projects to take advantage of new functionality,” added Hexagon. 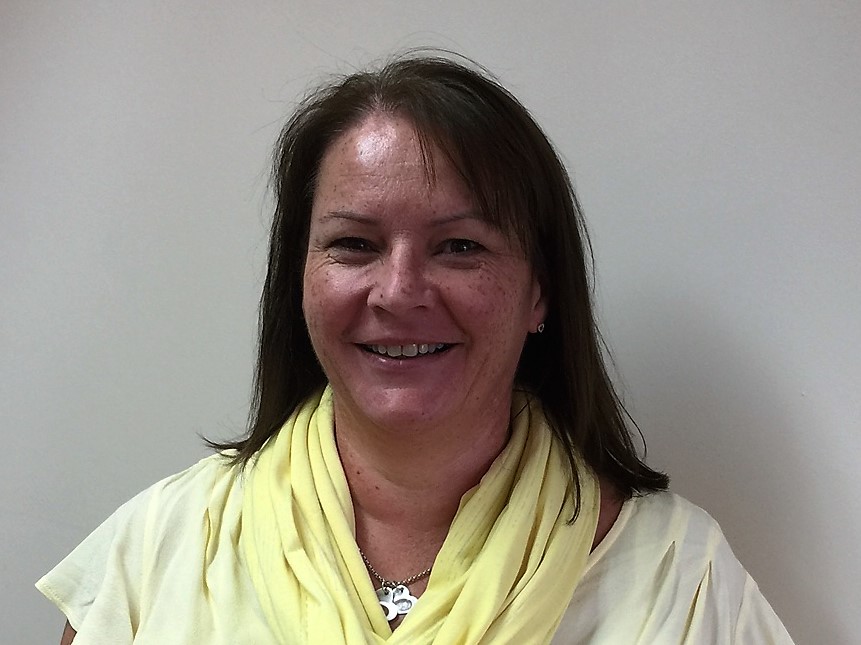 Hexagon Software has announced the appointment of Anita Barrett as Operations Manager. In this new role, she will be responsible for managing the activities of a growing project and service delivery team. 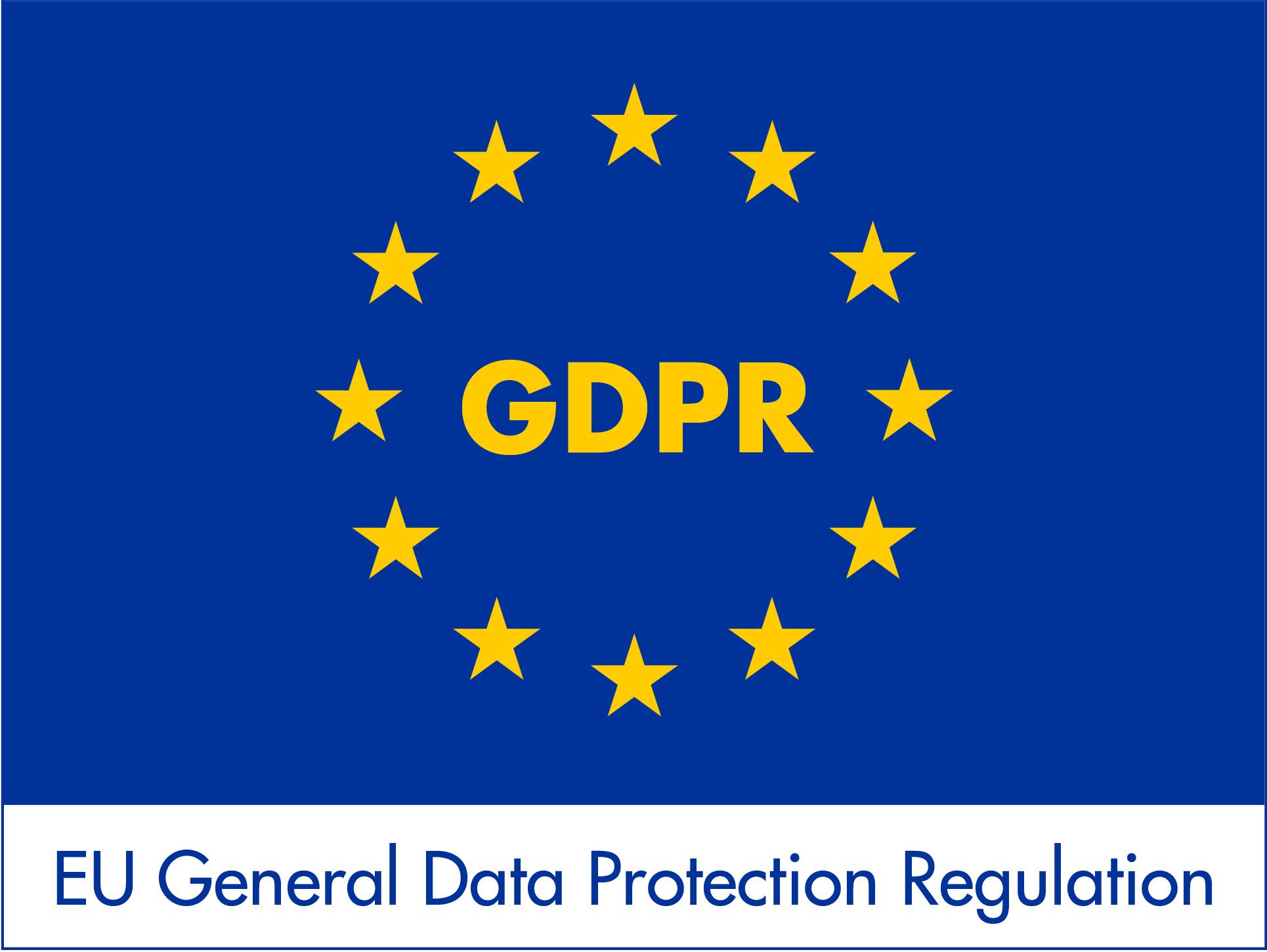 Are you ready for the GDPR?

The General Data Protection Regulation (GDPR) comes into force in the UK on 25 May 2018 to enhance the protection of personal data. 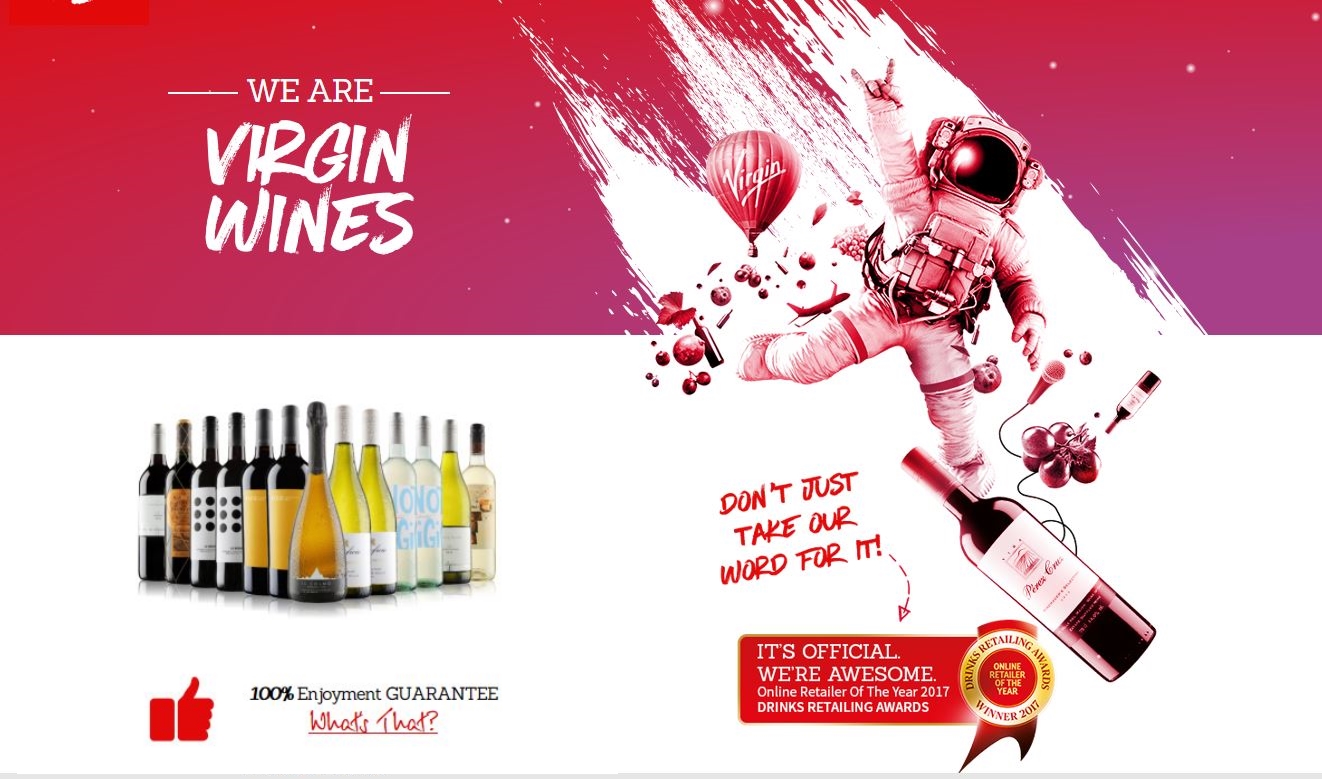 Virgin Wines, the Online Drinks Retailer of the Year, is using the Dream financial management system from Hexagon Software. It integrates with Virgin Wines’ web-based sales order processing platform and replaces a legacy system that no longer provided sufficient flexibility to meet the company’s ongoing strategy for growth. 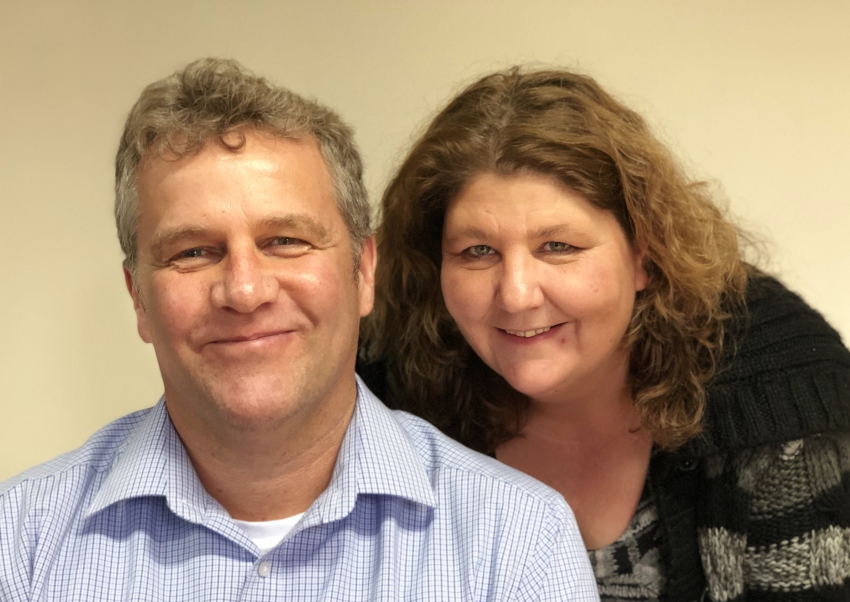 Hexagon Software has expanded its Professional Services team with the announcement of two support and project delivery appointments. 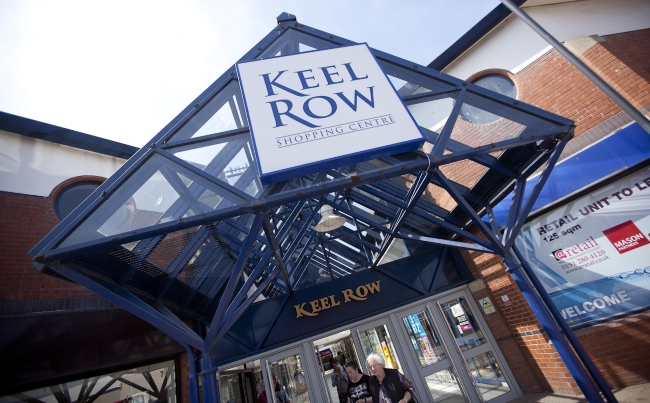 Northumberland Estates uses Dream Financial Management, LandMark 4 and TaskCentre to manage its growing property portfolio. With a primary focus on the commercial sector including office, retail and industrial properties, the portfolio is UK-based and centred on the North East of England.

AMSL, one of East Africa’s leading property development and Project Management companies responsible for the delivery and management of some of the continent’s most successful and landmark developments, has deployed a financial and property management software solution from Hexagon. 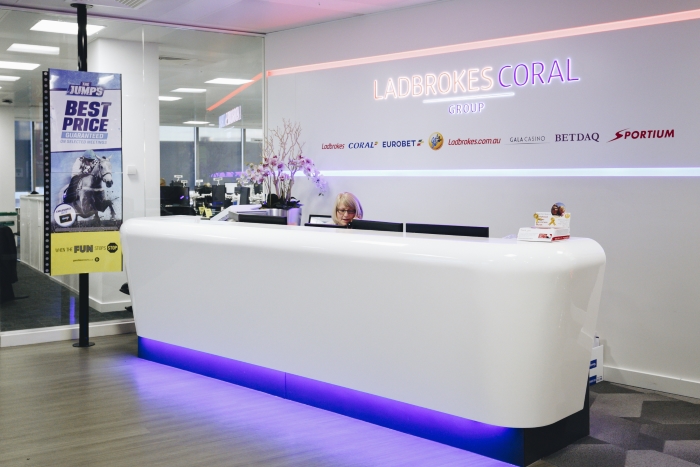 Ladbrokes Coral Group plc, the UK’s leading multi-channel bookmaking and gaming company, is standardising on LandMark 4 property management software. LandMark 4 will enhance the ability of the newly merged organisation to manage an expanded portfolio of more than 3500 betting shops across England, Scotland and Wales. 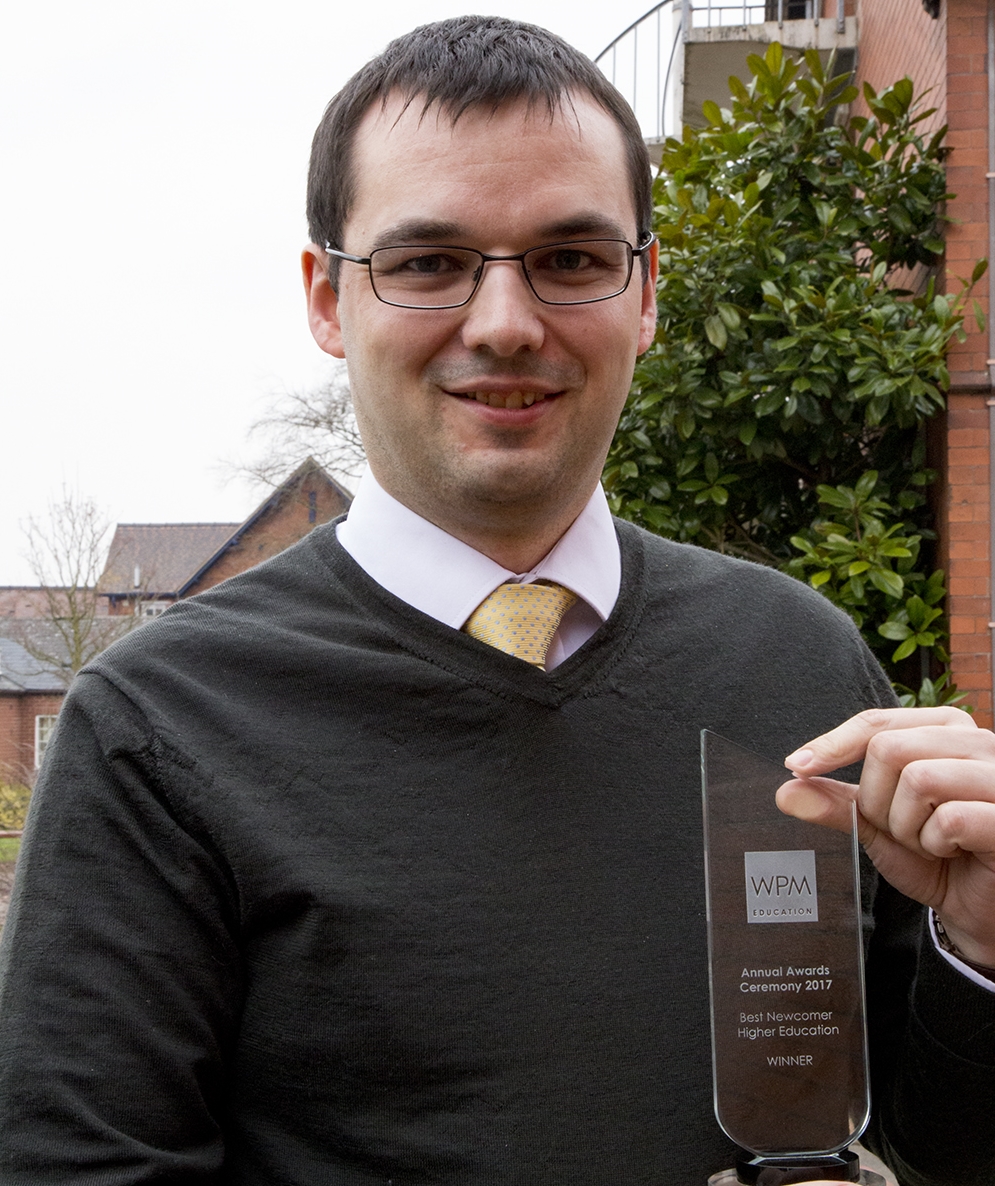 Hexagon Software has successfully integrated the Dream accounting solution with WPM Education’s payment platform which handles around £2.6 billion in student fees every year. 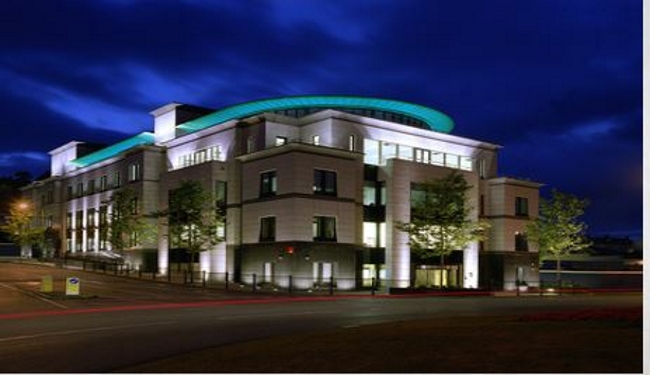 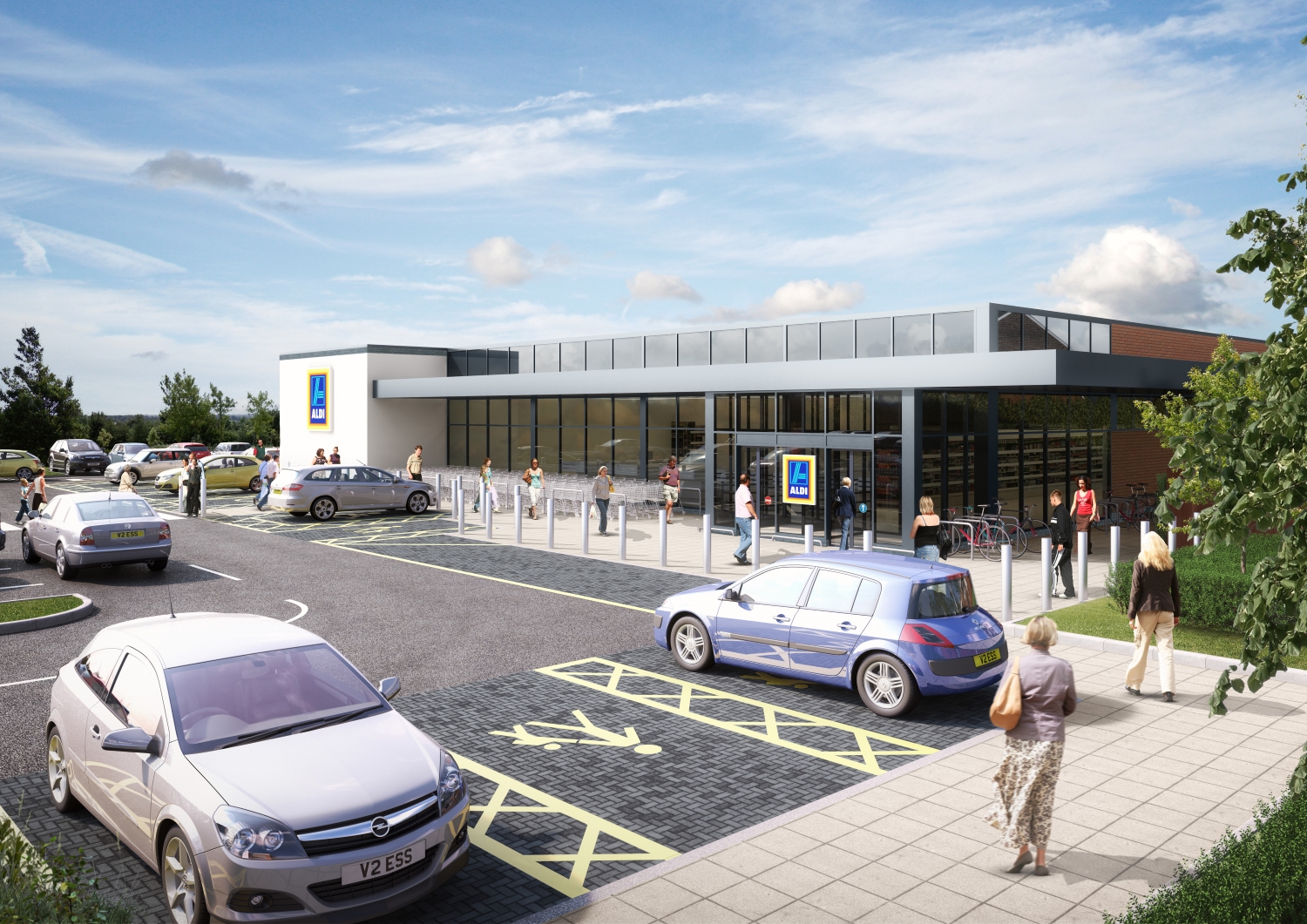 LondonMetric Property Plc, the London-based real estate investor in retailer-led distribution and out of town and convenience retail, is installing LandMark 4, the latest property management solution from Hexagon Software. 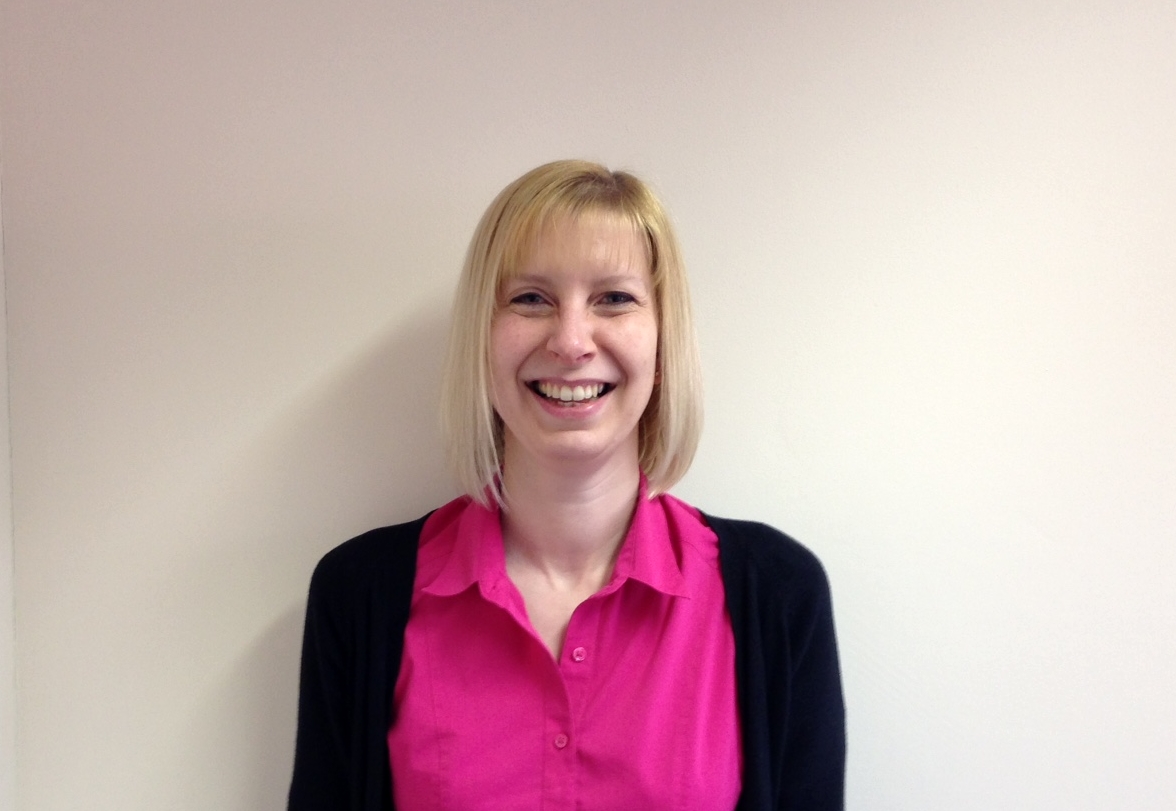 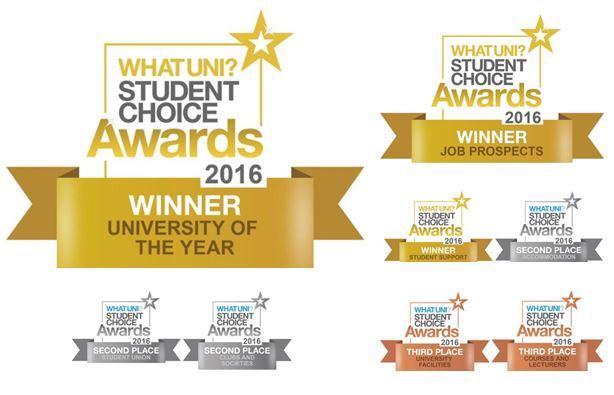 Harper Adams University, a longstanding user of the Dream financial management system, has been crowned as University of the Year, following a nationwide student vote.  At the Whatuni Student Choice Awards, the Shropshire-based university also won the top Job Prospects and Student Support categories. 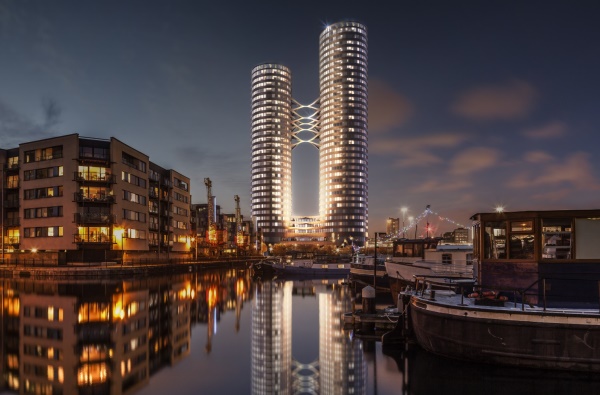 Essential Living, the first UK company to build and manage homes designed from the ground up for rent, has installed the Dream Financial Management software solution from Hexagon Software, the leading provider of software solutions to the property sector. 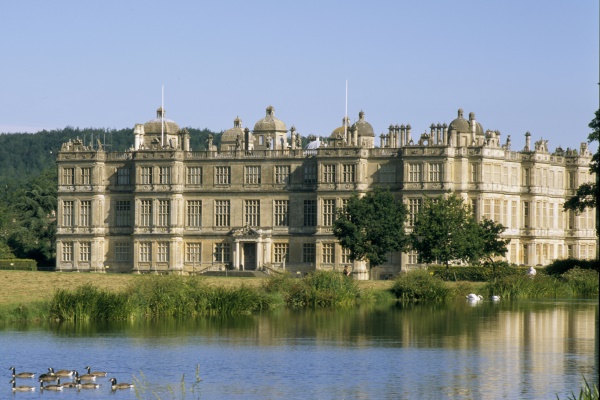 Read about how we have helped clients to enhance the management of their property portfolios. Read More…